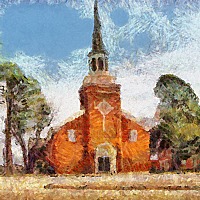 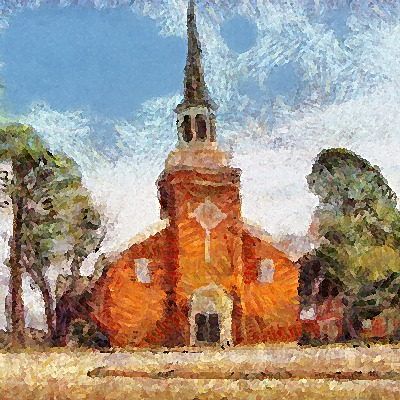 Ordinary World - Time Snapper 1.01 The Hero at Home
C. J. Netto Jr.
juvenile saga book
2 pgs - aprox. 700 words - 70 linhas
HERO'S PERSONALITY AND BACKGROUND SETTING | INTERACTION | FORESHADOWING | MOOD AND CONTEXT
high
just hints
Hints or quick appearence, may occur.
medium
none
none, or low
some
none
low, or none
Peter Stone's effort to apply to new school and get rid of his miserable life.
Saga character arcs for side characters and the Antagonist may start here. | Uncle Bob's drinking problem and, maybe, background related to Peter's past. Monsignor Duval's arc related to Peter and, maybe, background linking to Peter.
emotional rating = 10 to 20%

Please leave you suggestions to our juvenile saga book in the comments area.

Outside the Saint Antoine Abbey movement in the dark indicated something out of the usual was happening. The air was stirring around with the movement of covert people hiding in the shadows of the night. The only ones to bee seen in the open dim lights of gas were a baby carried by a worn out man with serious signs of having been in a fight. Bruises and stains of blood were all over his face. Observed by the hidden figures, he gently walked with the sleeping angel, following the shadows as if he were taking their lead.

A tall and athletic man, all dressed in a black suit and wearing a Panama hat that did a good job in covering his features, came out of the shadows after signaling his peers to stay put.

"Are you sure you're going to be alright, Bob?", asked the mysterious man.

"I'm pretty sure, yeah. The guy is my half brother for Christ's sake! I'm the kid's uncle; He's sort of Peter's uncle too!", answered the limping man, not so sure of his words.

Monsignor Duval Contreras could have never imagined that when walking up the next morning, his life would change in such extent. That night uncle Bob Mentor and his baby nephew, Peter Stone, would enter the Abbey as their new home for a long time to come. The Panama-Hat man immersed back into the shadows the same way that he came, silently, waiting for the lead that, one day, would bring him back to Saint Antoine.

A Parish in the Abbey.

Monsignor Contreras, the head clergyman in Sant Antonio’s Abbey, near the French Alps, was a stiff and proud man who just wouldn’t take no for an answer. Everything under his command had to work strictly by the book as far as it concerned other people than himself.

Contreras had this creepy figure that would remind you of a Rowling-style elf, if not for being tall and “humanish”. The year was 1999 and everyone in the abbey followed his orders and was too afraid to expose his tirany, including Peter and his dear uncle, Bob, who was also Contrara’s half brother. The abbot had strong connections inside the Church and words without proof wouldn’t simply do the trick.

Dug deep in the dungeons of the abbey, secret files kept numbers of his dealings. With the help of Willard Crook, the church’s bookkeeper, the powerful monsignor, for several years, had been depleting the Church’s volts and accounts under his control in order to build a huge personal wealth outside the country in a foreign tax haven.

The only ones that has some idea of what really went on there, were Peter and Uncle Bob.

Peter Stone had arrived at the Abbey as a baby 11 years before. Bob MacCallum , his loving uncle, and a US ex-marine had protected him from dying in the Republic of the Congo Civil War. Different from his parents,  scientists who were caught in the middle of a conflict to which they did not belong, Peter was lucky enough to have Bob at right moment by his side. Unfortuntely, Bob had not been able to save his sister and brother in law. For that failure he blamed himself ever since.

Duval’summons Peter to accompany him to the market. The Abbey was a perfect setting for the high priest’s control over a defenseless boy and his powerless and drunk uncle Bob. The monsignor could ask any altar boy, but he seemed to enjoy using the boy as a servant.

That’s how it had been ever since Peter became old enough for simple tasks. The priest seemed to enjoy a nasty feeling of pleasure in using the boy as a servant.

The monsignor and uncle Bob had a mutual English mother. Bob, on his other side, had a half-sister, Mary, Pete’s. Like usual, Bob was too drunk to come along. Duval knew him exactly how to control him. Booze always kept the ex-military out of Duval’s plans, drinking his guilt away, in the dark corners of the Abbey.

Uncle Duval was a vain man. He loved to show off his power and prestige in public. The market, full poor war survivors  was the perfect place for that

“That’s what I’m trying to say, thank you, Pete” –  the merchant agreed.

Red-faced, Duval didn’t say a word and harshly pulled Peter away to a shady corner.

He had this stiff affected way of behaving when irritated.

“Are you out of your mind, boy? Arguing? With moi? What did I tell you about discrediting me in front of other people?”

“But, uncle, I just learned that in Mrs. Merkel’s class!”

“You presumptuous little piece of worn crap! What did I tell about attending higher grade classes? You think you are better than the rest of us, don’t you? The son of the famous genius scientists, !”

I’ll teach you a lesson!”

That night Duval punished the boy. Peter was sent to sleep in one of the Abbey’s dungeons.

Time Snapper and the Panoramus Bracelet

First Ideas for Hero at Home

Peter Stone is an exceptional student at the Parish School. His uncle, Bob, a depressive drunk, is powerless in the attempt to free the boy from the claws of his half-brother, Monsignor Duval, a tyrant scoundrel that usurps the Church's finances in his own benefit.

The Ordinary World of the Hero can be EXTRAORDINARY for the audience.

INTERACTION: Hero interacting with others in the Ordinary World: build a better idea of personality and background.

FORESHADOWING: just ahint of the 'Extraordinary World' and the Antagonist. (not yet introduced) to come.

MOOD AND CONTEXT
Suggest an imbalance in the Hero's World, an imbalance that will be solved by the story's end

Local
pseudo-contagonist
hint for something wrong
Some mood